You've been able to see the current executing threads for a while now in previous versions of Visual Studio, but now you can see a breakdown of the current tasks that are being executed. While you are debugging your application you can go ahead and open up the new Tasks window. Without having to navigate yourself around the endless menus in Visual Studio, you can go up to the right corner (don't click the X!) and type Tasks in the search box, you should see something like the following:

I put together a fairly simple code snippet to show some data in the new window that we have access to in order to get improved information about the running tasks and the sample looks something like this:

Notice that the method doesn't really return anything but it's best practice to return a Task instead of void, I recently did a talk on why that is so if you want to know that go and have a look! Another thing to notice is that I follow the method naming convention and appending the word Async to the method name.

Alright, let's go back to the window that we are looking for now, I set a breakpoint, told Visual Studio to start a new debugging instance and this is what I get now: 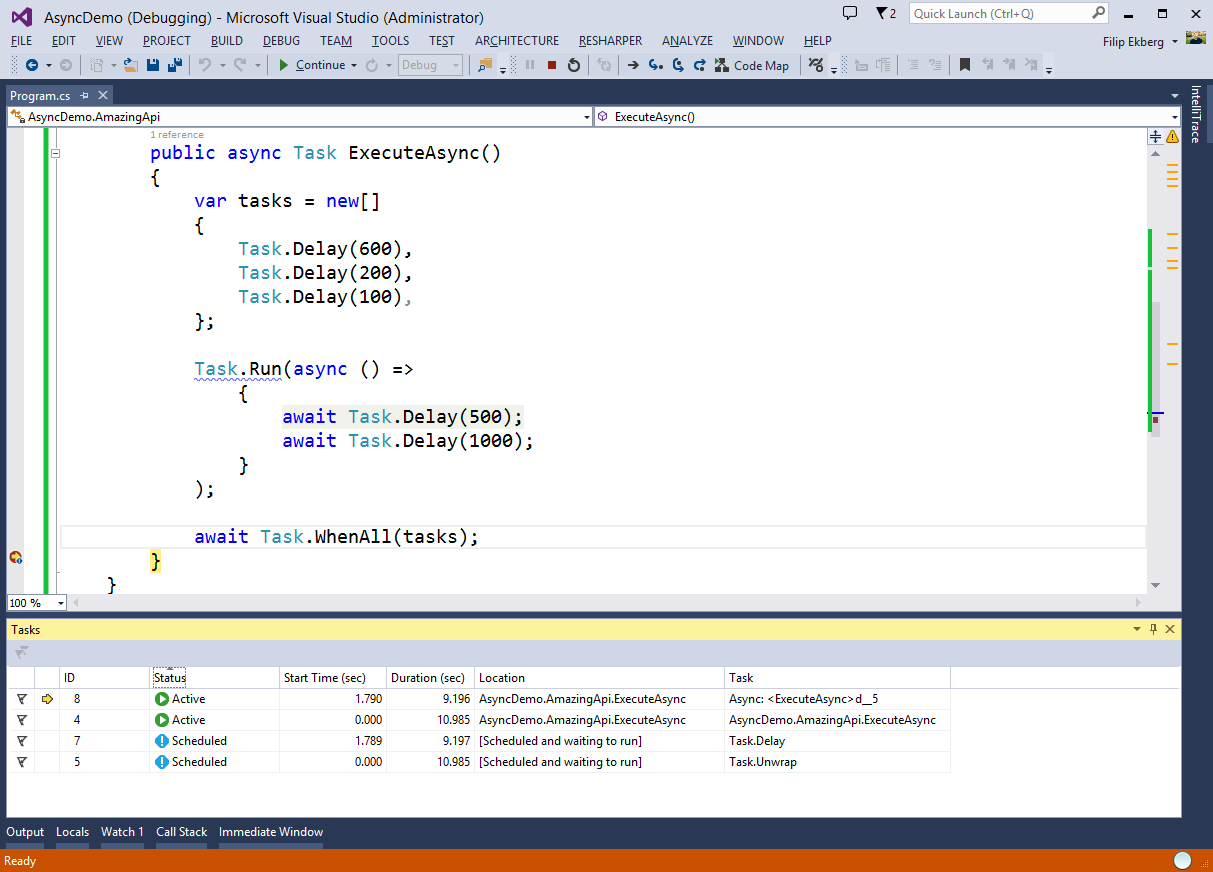 The Tasks window gives us tons of important information such as:

If you find yourself writing a lot of asynchronous code, this will be really helpful!