Having a look at Visual Studio 2015 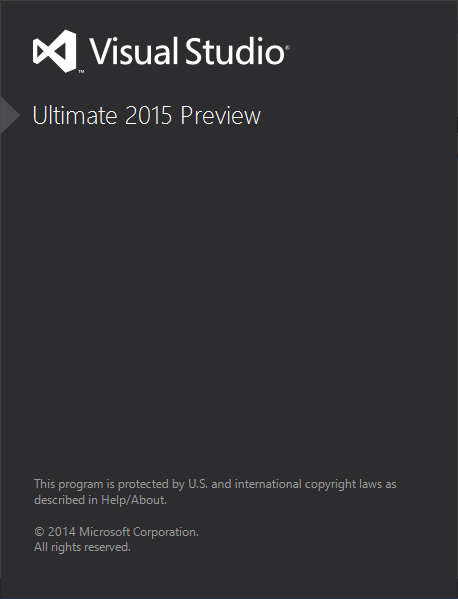 As any new version of Visual Studio, it's packed with amazing features that makes our lives as developers much easier. If you have been following the news you know that Microsoft have completely re-written their C# and VB compilers which are now completely written in managed code, open source and is called the .NET Compiler Platform. I am extremely excited about this being the compilers that will ship with Visual Studio 2015. It means that it is much easier for Microsoft and other vendors to extend the experience when working with C# and VB applications. 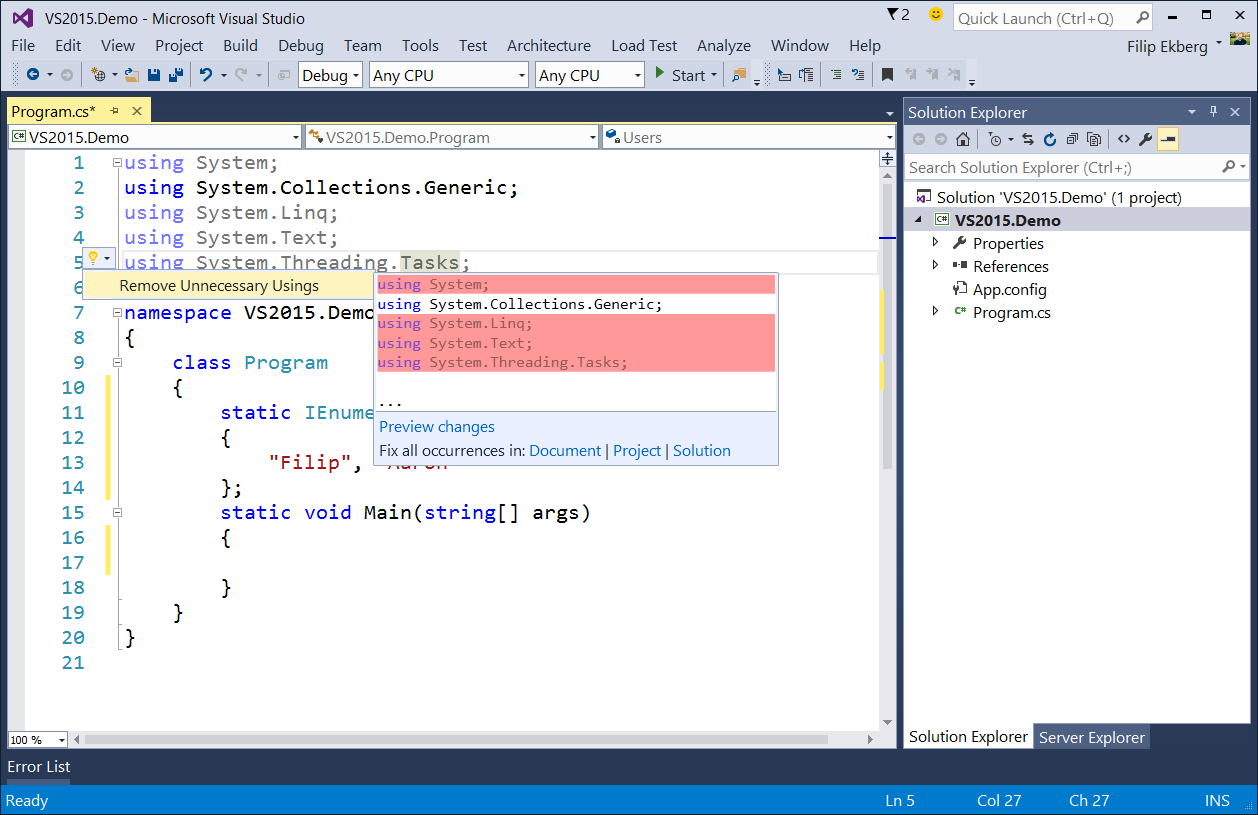 This new feature will give us a completely different debugging experience! Over the year’s one of the most annoying things have been to debug lambda expressions, but no more! Visual Studio 2015 Preview ships with a nice revamped watch and immediate window that will allow you to write lambdas and LINQ! 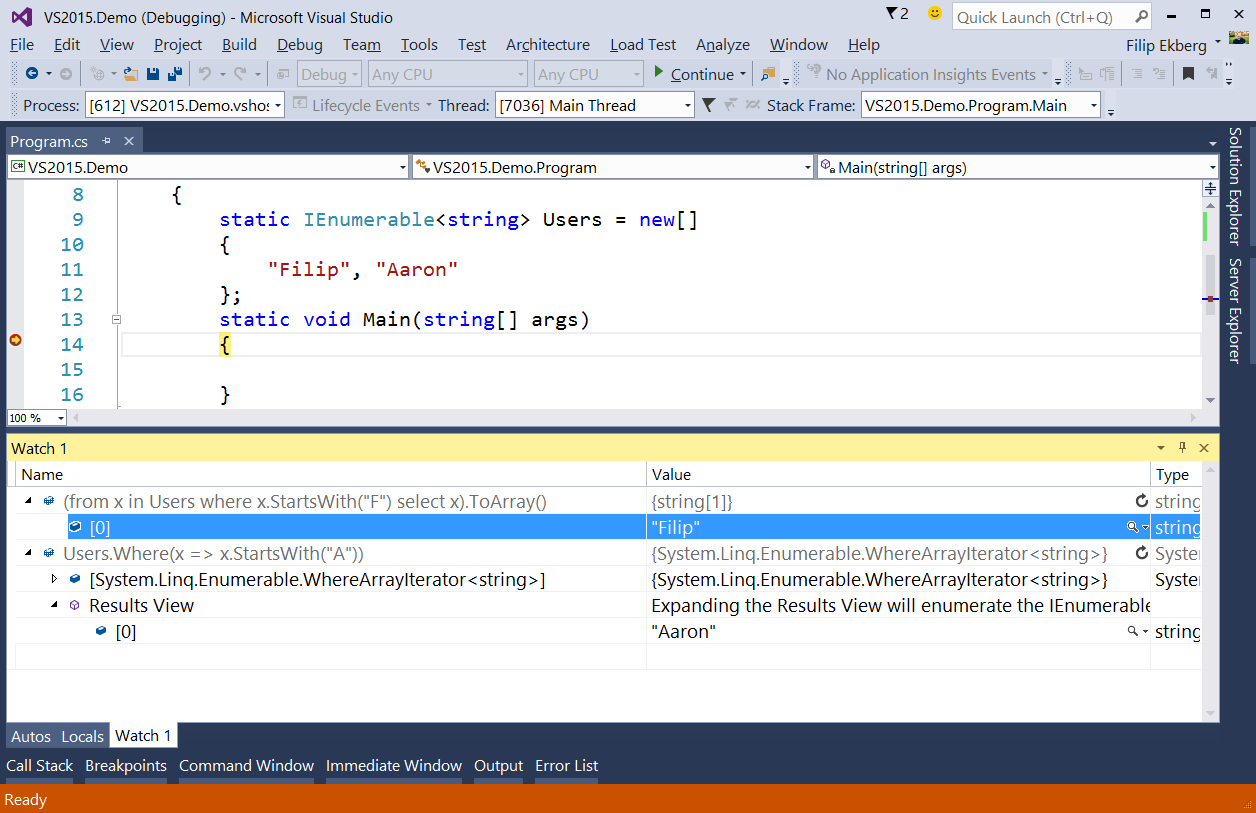 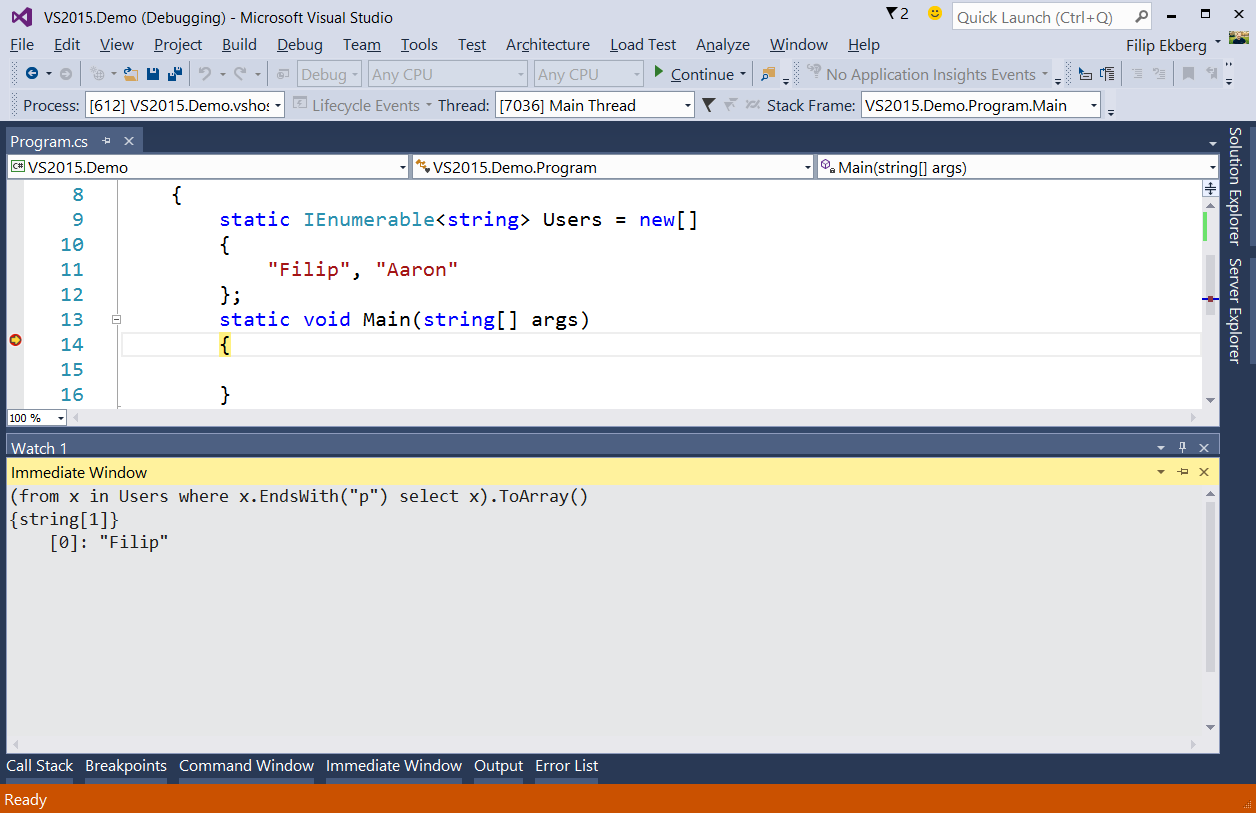 You can read more about the announcement of Visual Studio 2015 Preview and what it contains at the MSDN Blog.

The new, FREE, version of Visual Studio can be found over at VisualStudio.com/free. If you are working with open source projects, this is definitely something you should be grabbing! Microsoft announced today that they are open sourcing .NET Core and if that is not enough, they are also targeting Linux and Mac!

This is big news for the open source community and for the future of development on .NET. We certainly have an interesting time ahead! You can read the full announcement on the MSDN Blog.

You can check out the repository on Github for more information.

Don't forget to submit your feedback if you find anything that you like, dislike or if there is a bug!