How do I choose where I want the new start screen in Windows 8?

If I would have gotten a penny for every time that someone told me or tweeted: "I want the old start button back in Windows 8!" I would have been richer than Bill Gates. First of all, the problem is that people seem scared of change, not willing to step out of their comfort zone and try something different. I've been running Windows 8 since February 2012 and I've come to love it a lot. Despite the lack of the old start button, I still find the operating system much more productive than before and it's very intuitive!

Windows 8 doesn't lack a "Start button" but they've replaced the old one. Install a tool like Start8 is like painting a new red Ferrari F50 as a rainbow; simply not by design.

When I attended //BUILD/ Microsoft gave me a very nice Surface that I really like and what I like the most is that the transition between a tablet and a desktop computer is an awesome experience. I use the two devices completely different but still feel like home when using both of them. I rarely go into the standard desktop mode on my Surface, I only do so when I need to do some Word-processing or just manage files and on my Workstation I rarely go into the new Start screen (Modern UI), I only do so when I want to use the very powerful search.

There's a Start button on Surface and it's required by all vendors as far as I know that it's there. This hardware button is one of the replacements for the old start button! 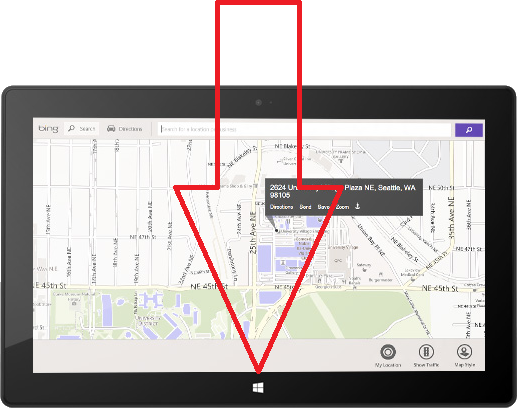 I don't really use that so much because I find it much easier to just swipe from the right and get another start button. You can also press Win + C to get to this menu and you can also bring the pointer to the right corners to get this menu showing up! 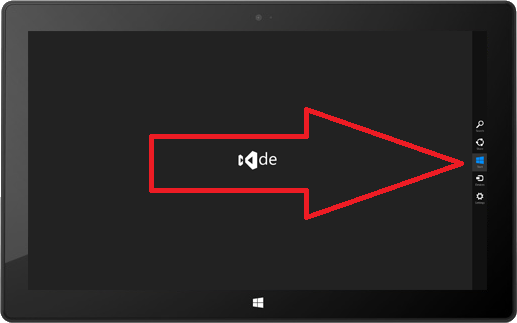 So far there has been four ways to get a start button showing up which brings you to the new powerful start menu. The hardware button can easily translate into the keyboard start button and the swipe from the right is the point in corners version.

However, that is not it! There's actually another way to show a start button, which also dictates where the start menu will show up.

How do I know where the start screen shows up?

But if you don't have a Modern UI application running, what then?

Use the start button in the corners!

This start button shows up when you hover the different left bottom corners on any of your monitors and it will bring up the start screen on that monitor.

So you were saying there's no start button? The old start button is gone, the old start menu is gone. It has been replaced by something much more productive and intuitive, step out of your comfort zone and just adapt to it!

It's all about HCI (Human-Computer-Interaction) and making the experience better for everyone, but it takes time change an old behavior. Why do you so eagerly want the old start button/menu back?

In case you've missed it C# Smorgasbord is currently on sale and I'm giving away discount codes for 35% off!